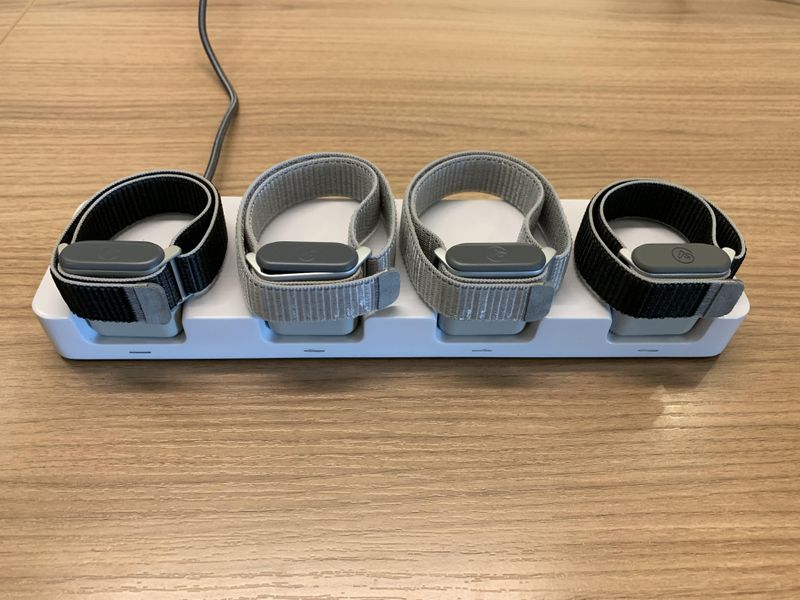 Physiotherapist David Putrino was working on a vibrating glove to help deaf people experience live music when a friend mentioned that the same technology might stop tremors in people with Parkinson’s disease.

Putrino, director of rehabilitation innovation for Mount Sinai Health System in New York City, was intrigued. The friend’s father had Parkinson’s, so they placed the new device on his wrist, and the tremors stopped in their tracks.

“He was a former pianist and sat down and started playing. It was quite dramatic,” Putrino recalled.

And that’s when Putrino and his team pivoted and began investigating the new device for Parkinson’s-related tremors.

A new study shows that they’re on to something. The device, which is worn on the wrist or ankle and is roughly the size and weight of a smartwatch, may be a safe and effective way to reduce resting tremors in people with Parkinson’s disease.

The technology sends signals to the brain to disrupt the abnormal rhythms that cause resting tremors. The typical Parkinson’s tremor tends to occur when muscles are relaxed, such as when hands are resting on the lap. The tremors tend to lessen when the body is engaged in another activity or during sleep.

“Drugs and even some of the more invasive interventions like deep brain stimulation (DBS) therapy aim to break up the abnormal synchrony between brain regions to improve symptoms” for Parkinson’s patients, Putrino explained.

For the new study, 44 people with Parkinson’s used the device on their wrists or ankles with two vibration patterns to make sure it was safe.

The answer was yes.

“Patients did not report any serious adverse events,” Putrino said. “Some people turned the intensity down, while others said it was pleasant.”

The study was not designed to show if or how well the device works, but most folks reported a reduction in tremors while receiving the vibrating pulses.

“Sending competing messages to the brain to disrupt abnormal synchronicity through the wrist or ankles can help stop tremors,” Putrino said.

The next step is a larger study comparing the device to a placebo device for daily use, he said.

If follow-up studies show similar results, the device may be here sooner than you know. “There is no reason why this can’t be made within five years as long as studies continue to be encouraging, and we continue to see no adverse reactions,” Putrino said.

The device won’t be a panacea for other types of tremors with different neurologic causes. Researchers do plan to study the vibrating device in spinal cord injury, stroke and other types of neurologic disabilities, he said. It’s now being used to allow deaf people to experience live music.

The findings were published Nov. 18 in the journal Frontiers in Human Neuroscience.

“Tremor in Parkinson’s disease is an interesting symptom, but it is often not the most disabling symptom,” he said.

There aren’t great ways to treat tremors in Parkinson’s disease right now. Surgeries such as that for DBS are extremely effective but they are invasive and not everyone is a candidate. Medication such as levodopa doesn’t always curb tremors either.

“We don’t have perfect control of tremors, so a noninvasive method would be really nice,” Tagliati said. But it’s too early to say whether this device will fill this need. “More study is needed before any conclusions can be drawn about this wearable device,” he added.

Learn more about managing tremors at the Parkinson’s Foundation.


Parkinson’s disease is only seen in people of advanced age.
See Answer