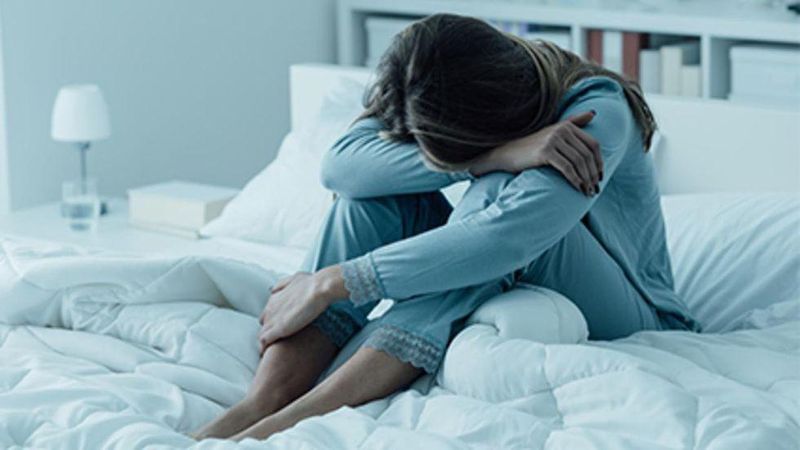 WEDNESDAY, Nov. 24, 2021 (HealthDay News) — The number of people who were hospitalized for eating disorders such as anorexia and bulimia doubled in May 2020, about two months after the COVID-19 pandemic was officially declared a national emergency.

The new study didn’t look at why there was such a surge in eating disorders during that time, but it tracks for many reasons, said study author Kelly Allison. She is the director of the Center for Weight and Eating Disorders and a professor of psychiatry at Penn Medicine in Philadelphia.

“People were home with their families all day, so it is possible that disordered eating behaviors and extreme weight loss were more readily recognized during this time,” Allison said.

What’s more, people who were prone to anxiety about food shopping and who had disorders that involve food restriction may have avoided the supermarket altogether and restricted their food intake more significantly as a result, she explained.

“People who were prone to binge-eating, such as those with bulimia nervosa and binge eating disorder, likely struggled with being home all day in close proximity to large amounts of food, particularly during such a stressful time,” Allison noted.

Factor in the lack of routine, isolation and anxiety brought on by the pandemic, plus an increasing reliance on social media, and it’s a perfect storm, she said.

“People were still connected to social media, and there was a lot of chatter about gaining weight during the pandemic, which also likely influenced unhealthy food restriction or the binge-purge cycle experienced by those with bulimia,” Allison said.

For the study, the researchers reviewed insurance claims data for more than 3.2 million people (average age: 38) to find out whether eating disorders or other behavioral health conditions increased from Jan. 1, 2018 to Dec. 31, 2020. COVID-19 was declared a public health emergency in February 2020.

During that time, inpatient stays for eating disorders increased, as did the number of days people spent in the hospital for treatment during 2020, the study found.

The number of people seeking outpatient care for eating disorders also increased during this time frame when compared to those seeking help for depression, anxiety, alcohol use and/or opioid use.

Only time will tell if these numbers will decrease as things return to some semblance of normal, Allison said.

“I suspect as life normalizes, and people resume more normal schedules, they will have more structure and less severe disordered eating will improve,” she said. “However, once established, moderate to severe eating disorders can take on a life of their own and continue even after the initial stressor that might have triggered them improves or resolves.”

The findings, published recently in the journal JAMA Network Open, dovetail with anecdotal evidence suggesting a rise in eating disorders on chat boards for professionals and organizations like the National Eating Disorders Association, Allison said.

Dana Greene, a Boston-based dietitian who specializes in eating disorders, said she and her colleagues are trying to keep up with the demand for care.

“Eating disorders are through the roof,” said Greene, who has no ties to the new research. “The resources are pretty tapped, so it’s almost impossible to find help.”

She cites the isolation, anxiety and depression brought on by the pandemic and the restrictions it imposed as contributing factors to the rise in eating disorder rates.

Some age groups have been harder hit by eating disorders during the pandemic than others.

“We are seeing a skyrocketing of adolescents coming in with eating disorders, and the increase is in both volume and severity,” said Dr. Katherine Ort. She co-directs the KiDS of NYU Integrated Behavioral Health Program and is chief of service for child and adolescent psychiatry at Hassenfeld Children’s Hospital at NYU Langone Health in New York City.

“The loss of control that we are all feeling as a result of the pandemic is likely driving some of the increase,” said Ort, who was not involved in the new research. Restricting food may make people feel like they have some degree of control.

Recognizing the signs of an eating disorder early and getting help before things spiral out of control is essential, she said. “The longer someone struggles, the harder it becomes to treat the eating disorder,” Ort noted.