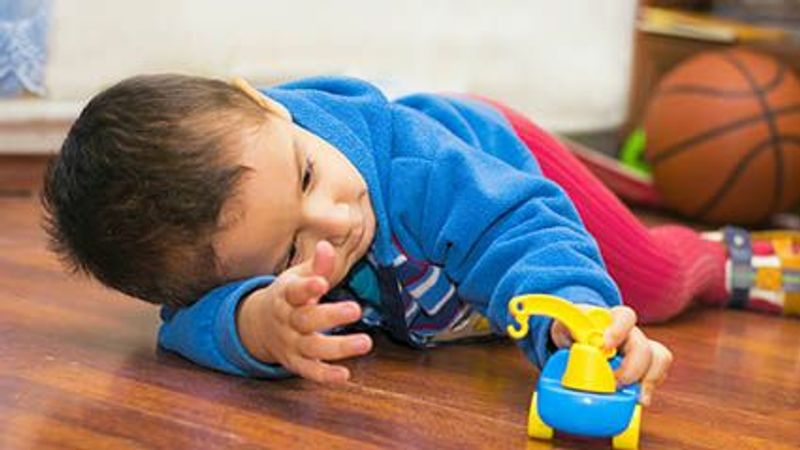 Every year in the United States, a few hundred children die suddenly and without explanation. Now researchers have found gene variants that may contribute to some of those tragic deaths.

The hope, experts said, is that understanding the underlying mechanisms will eventually lead to ways to save lives.

Since the 1990s, the term SIDS — short for sudden infant death syndrome — has been imprinted on the public mind, with the help of campaigns from the federal government and medical organizations. Parents were urged to put their infants to sleep on their backs, among other safety measures, to reduce the risk of SIDS.

As a result, the national rate of those deaths dropped substantially.

Much less attention has gone to what’s called “sudden unexplained death in childhood,” or SUDC. It’s a broad term for any death of a child between the ages of 1 and 18 years that remains unexplained after a thorough investigation, including an autopsy.

In the United States, about 400 deaths per year are deemed SUDC — though that is almost certainly an undercount, said researcher Dr. Orrin Devinsky, a neurologist at NYU Langone Health in New York City.

Those 400 cases compare with around 1,400 SIDS cases each year. But while $500 million in federal funding has gone towards SIDS research and public education, the picture has been very different for SUDC.

“SUDC occurs at roughly one-quarter the frequency of SIDS, but the amount of targeted funding has been zero,” Devinsky noted.

There are, however, research teams looking into the underpinnings of SUDC, including any possible genetic factors.

Since 2014, Devinsky and his colleagues have been enrolling families into a registry called the SUDC Registry and Research Collaborative, which collects genetic specimens from parents and their deceased child.

Such “molecular autopsies” are not part of standard cause-of-death investigations, Devinksy noted.

For the new study, he and his colleagues analyzed blood or tissue samples from 124 parent-child “trios” enrolled in the registry. They paid particular attention to 137 genes that have been linked to either sudden cardiac death or epilepsy.

Epilepsy is relevant because some people with the seizure disorder die suddenly and unexpectedly — about 1 in 1,000 each year, according to the Epilepsy Foundation. The reasons are not clear and likely differ among individuals. But researchers suspect that those deaths may happen when a seizure triggers a heart arrhythmia or depressed breathing.

Devinsky’s team found that children who died suddenly had 10 times the number of alterations in those genes, compared to children in the general population.

And in 11 children, or about 9%, researchers found gene changes that they believe likely contributed to the deaths. The culprit genes regulate calcium function — which is important in both heart and brain activity. If calcium signaling is abnormal, it may trigger heart arrhythmias or seizures, either of which could potentially be fatal.

They said it’s believed that SUDC exists on a “continuum” with SIDS, and even stillbirth — that children whose deaths are attributable to SUDC were also at increased risk of sudden death earlier in life.

The only “fundamental difference” between SIDS and SUDC is the age cutoff, said Poduri, who directs the hospital’s Epilepsy Genetics Program.

In fact, SUDC most often strikes between the ages of 1 and 4, and children usually die in their sleep (including over 90% of those in the current study). Many also have a history of fever-related seizure; that was true of more than one-third of cases in the study.

Again, that suggests a continuum: If those children had lived longer, they might have eventually been diagnosed with epilepsy, Poduri said.

As for the genetic mechanisms at work, she said it’s possible there are many: In this study, genes related to calcium signaling seemed to contribute to less than 10% of SUDC cases.

So. the hunt for additional genetic contributors will continue, all three researchers said.

When parents suffer such a devastating loss, Goldstein said, the natural fear is, can this happen again?

Research does point to family history as one risk factor for sudden pediatric death, he noted. When an infant dies of SIDS, for example, the risk to later siblings is very low — but it is higher than average.

Of the gene alterations identified in this study, most were de novo. That means they were found in the deceased child, but not the parents.

However, Poduri noted, that does not rule out the possibility of inheritance: Those gene alterations can result from ones in the parents’ egg or sperm cells (even though they are not present in their body cells).

So in some cases, Poduri said, siblings do share the same de novo alterations.

The findings were published online recently in the Proceedings of the National Academy of Sciences.