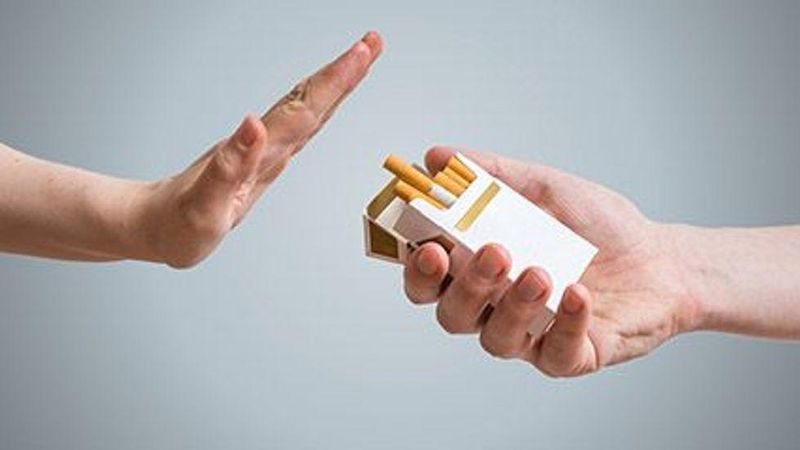 If the U.S. Food and Drug Administration wants to know whether it should follow through on its proposed menthol cigarette ban, it need only look to Canada for an answer.

Researchers found that after menthol ban went into effect, sales of those cigarettes took an unsurprising plunge. But there was also a reduction in overall cigarette sales, of just under 5%.

The findings suggest that the ban is having its intended effect, said lead researcher Michael Chaiton, of the Ontario Tobacco Research Unit and the University of Toronto.

In the United States, where menthol cigarettes are far more popular, a similar ban could have an even greater impact, Chaiton noted.

Last April, the U.S. Food and Drug Administration said it would seek to ban menthol cigarettes, though no effective date was given and no action has yet been taken. Other flavored cigarettes were banned in 2009.

Tobacco companies add menthol to cigarettes because it has cooling properties and takes the edge off cigarette smoke’s harshness.

Public health advocates have long pushed for a menthol ban, citing the products as particularly insidious.

That’s partly because they appeal to kids, and act as a “starter product,” Sward said. And in the United States, she added, cigarette companies have spent decades targeting people of color in their menthol product marketing.

Sward, who was not involved in the new study, said it “provides valuable information” on what could happen if the United States follows through on a menthol cigarette ban.

“Cigarette sales went down across the board, and that’s important,” she said.

The findings were published Nov. 9 in the journal JAMA Network Open.

Canada’s national menthol ban went into effect in October 2017, though some provinces instituted their own prior to that.

“That’s the main question we were trying to address in this study,” Chaiton said.

The researchers focused on the ban’s impact on cigarette sales, using wholesale data reported by manufacturers to Canada’s national health institute between 2010 and 2018.

They found that nationally, overall cigarette sales declined by 4.6% post-ban, versus the prior year. There were also sales declines within each province, though the figures varied widely.

Sward said she’d like to know more about the reasons for the variance among provinces. Were some taking additional measures that others were not?

“Removing menthol cigarettes from the market is a huge step forward,” Sward said.

But it’s also vital, she added, to ensure that smokers know how to access help to end their nicotine addiction. It’s not clear from this study, Sward noted, what drove the decline in overall sales: Was it because menthol smokers were quitting?

A study earlier this year did find evidence of that. It found that after Canada’s national ban took hold, more menthol smokers said they’d attempted to quit, versus non-menthol smokers.

The researchers on that study estimated that in the United States, where there are about 19 million menthol smokers, a ban could spur over 900,000 people to quit. That would include over 200,000 Black Americans.

“That would be a truly massive intervention,” Chaiton said.

Sward said that smokers who want to quit can get free help from the government “quitlines” that operate in every U.S. state. It often takes several attempts before a smoker successfully quits. But they stand the best chance, Sward said, if they use the quitlines, or other counseling, along with one of the medications that are approved by the U.S. Food and Drug Administration for smoking cessation.

The American Lung Association has help for people who want to quit smoking.


What is the average weight gain for those who quit smoking?
See Answer