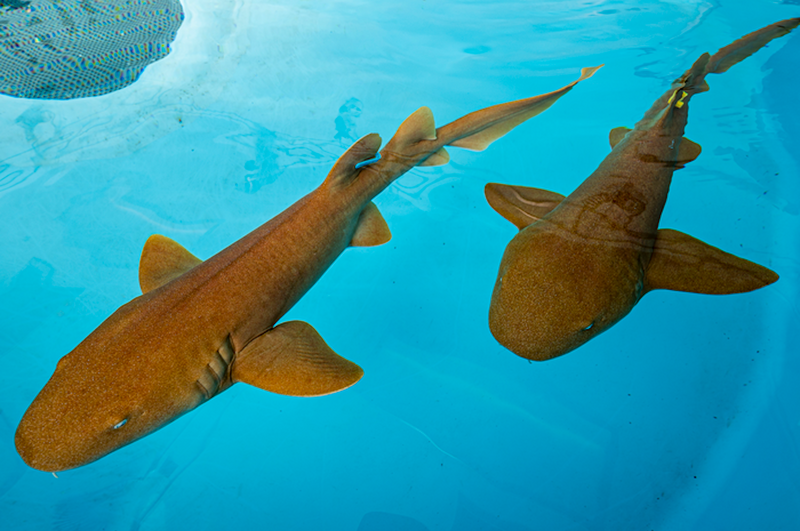 Far from terrorizing people as they did in “Jaws,” sharks may offer humanity hope in fending off future coronavirus outbreaks, new research suggests.

That’s because their immune systems have unique antibody-like proteins called VNARs that can prevent the SARS-COV-2 virus that causes COVID-19 and its variants from infecting human cells, the researchers said. The findings have so far only been seen in the lab and VNAR treatments have not yet been tested in humans, the investigators stressed.

Shark VNARs are one-tenth the size of human antibodies and can bind to infectious proteins in unique ways that enhance their ability to combat infection, the authors said.

“These small antibody-like proteins can get into nooks and crannies that human antibodies cannot access,” said study co-leader Aaron LeBeau, a professor of pathology at the University of Wisconsin–Madison.

“They can form these very unique geometries,” he explained in a university news release. “This allows them to recognize structures in proteins that our human antibodies cannot.”

The researchers tested shark VNARs against both infectious SARS-CoV-2 and a version of the virus that can’t replicate in cells. From a pool of billions, the investigators identified three candidate VNARs that stopped the virus from infecting human cells.

Those three shark VNARs were also effective against SARS-CoV-1, which caused the first SARS outbreak in 2003, according to the study published Dec. 16 in the journal Nature Communications.

“The big issue is there are a number of coronaviruses that are poised for emergence in humans,” LeBeau said. “What we’re doing is preparing an arsenal of shark VNAR therapeutics that could be used down the road for future SARS outbreaks. It’s a kind of insurance against the future.”

LeBeau and his lab in the School of Medicine and Public Health collaborated with researchers at the University of Minnesota and Elasmogen, a biomedical company in Scotland that is developing therapeutic VNARs.

“What is exciting is that these new potential drug molecules against SARS-CoV-2 differ in their mechanism of action compared to other biologics and antibodies targeting this virus,” said co-author Caroline Barelle, CEO of Elasmogen.

Potential future treatments would likely include a cocktail of multiple shark VNARs to maximize their effectiveness against a range of different and mutating viruses, according to the researchers. However, it’s noted that research in animals do not always produce the same results in humans.

LeBeau is also trying to determine whether shark VNARs can help diagnosis and treat cancer.

For more on coronaviruses, see the U.S. National Institute of Allergy and Infectious Diseases.