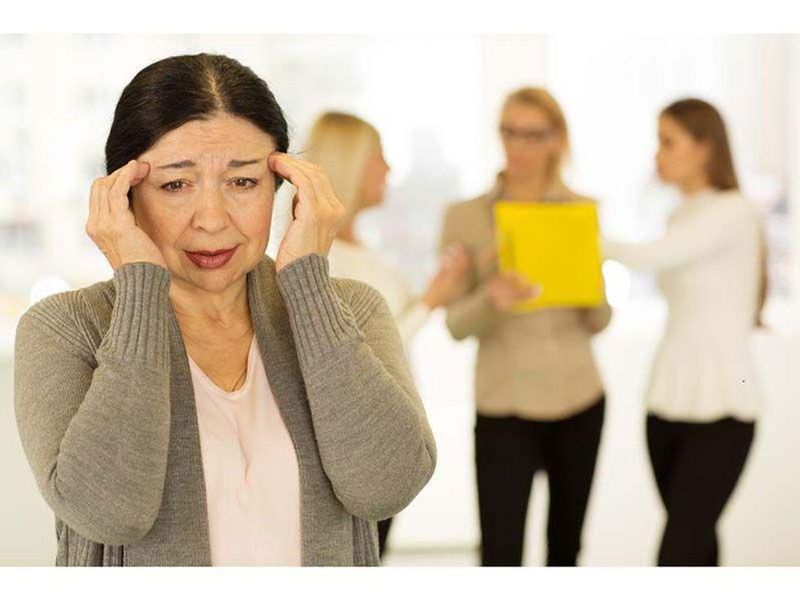 The number of Americans diagnosed with “broken heart” syndrome has steadily risen in the past 15 years — with the vast majority being women, a new study finds.

The condition, which doctors call stress cardiomyopathy, appears similar to a heart attack — with symptoms such as chest pain and breathlessness. But its cause is entirely different: Experts believe it reflects a temporary weakness in the heart muscle owing to a surge in stress hormones.

The condition got its nickname because it may arise within days of an emotionally difficult event, like the death of a loved one or a divorce. But other stressful situations, from a traffic accident to undergoing surgery, can also be triggers.

Most people fully recover from this type of broken heart, but in rare cases it can be fatal.

In the new study, researchers found that since 2006, an increasing number of Americans have been hospitalized for stress cardiomyopathy. The overwhelming majority — over 88% — have been women, with those aged 50 to 74 at greatest risk.

Exactly why women bear the brunt of stress cardiomyopathy is unclear, Cheng said, but menopause is thought to play a role.

“It has something to do with those hormonal changes, but that’s not the whole story,” Cheng said.

Most women, clearly, do not develop stress cardiomyopathy, and researchers are still trying to understand what triggers it in certain women, she said.

Stress cardiomyopathy is fairly rare. According to the American College of Cardiology, there are between 15 and 30 cases for every 100,000 Americans each year. But, the group notes, the true incidence is likely higher, since people may not seek help for milder symptoms.

Using a federal database that tracks hospitalizations, Cheng’s team found over 135,000 documented cases of stress cardiomyopathy between 2006 and 2017. And the incidence rose steadily over time — particularly among women aged 50 to 74.

Meanwhile, women aged 75 and up also showed a rising incidence of the condition — as did men, though the numbers were much smaller.

What accounts for the growing numbers? Increased awareness and diagnosis, according to Dr. Ilan Wittstein, a stress cardiomyopathy expert at Johns Hopkins University, in Baltimore.

Wittstein led a 2005 study published in the New England Journal of Medicine that introduced the concept of broken-heart syndrome to the wider medical field. A separate study describing cases of the novel cardiomyopathy was published in the journal Circulation at nearly the same time, he noted.

“So, thousands of doctors became aware of this within a week,” Wittstein said.

That timing, he said, accounts for why hospitalizations for the condition suddenly took off in 2007. And they continued to rise as awareness grew.

And from the beginning, Wittstein said, it’s been clear that women account for the vast majority of cases. His 2005 study reported on 19 cases, 18 of whom were women.

Instead, the condition appears to arise when a spike in stress hormones temporarily “stuns” heart muscle cells. According to Wittstein, one theory is that the changes of menopause alter the nervous system in a way that puts some women at risk: During times of stress, the smaller blood vessels of the cardiovascular system constrict rather than dilate.

People with stress cardiomyopathy may have some of the traditional risk factors for heart attack, such as high blood pressure or diabetes — conditions that also make the small blood vessels prone to dysfunction, Wittstein noted.

Fortunately, he said, in most cases the heart’s pumping ability fully recovers in one or two weeks. But in rare cases, people can develop heart failure or a life-threatening heart arrhythmia.

No one is certain how to prevent broken heart syndrome — and, again fortunately, it seems most people do not have repeat episodes, Wittstein said.

But, Cheng said, it’s generally wise to follow a heart-healthy lifestyle and find ways to manage stress — through exercise, yoga, meditation or getting better sleep, for example.

“Sometimes we just don’t realize that mental stress can affect our hearts, too,” Cheng said.

The findings were published Oct. 13 in the Journal of the American Heart Association.

The American Heart Association has more on broken heart syndrome.