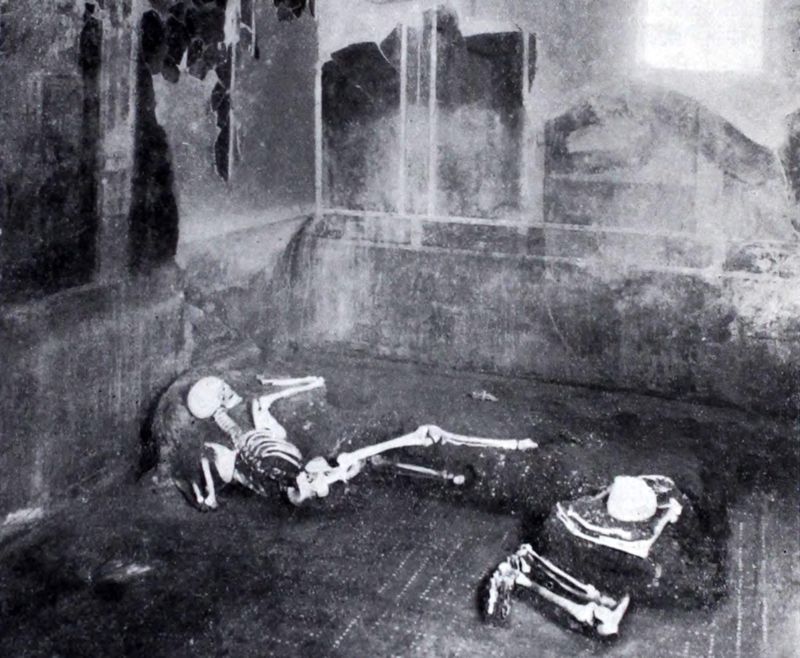 The DNA of a man who died in Pompeii, Italy, after the eruption of Mount Vesuvius in 79 AD is revealing surprising new secrets about the ancient world.

Scientists recently completed the first successfully sequenced human genome from a Pompeii victim. Until now, only short stretches of DNA had been sequenced from human and animal remains at Pompeii.

For the groundbreaking study, published May 26 in Scientific Reports, a team led by Gabriele Scorrano, an assistant professor of geogenetics at the University of Copenhagen in Denmark, examined the remains of two people found in the House of the Craftsman in Pompeii.

By the shape, structure and length of the skeletons, the researchers determined that one belonged to a 35- to 40-year-old man. The other belonged to a woman over age 50.

The researchers extracted DNA from both, but could only sequence the entire genome from man’s remains. The woman’s DNA had gaps in sequences.

The male’s DNA was compared with that from 1,030 other ancient and 471 modern western Eurasian people. It was most similar with modern central Italians and others who lived in Italy during the Roman Imperial age, the study found.

Yet, when scientists analyzed his mitochondria and Y chromosome DNA, they also found groups of genes commonly found in people from Sardinia, but not among others who lived in Italy during the Roman Imperial age.

In a journal news release, the authors said this suggests there may have been high levels of genetic diversity across the Italian Peninsula.

Further study suggests the man may have had tuberculosis.

It may have been possible to successfully recover the ancient DNA because materials released during the eruption may have protected against degrading environmental factors, including atmospheric oxygen, researchers said.

They said the findings demonstrate the possibility of retrieving ancient DNA from Pompeiian human remains and providing further insight into genetic history and how people lived.


The 14 Most Common Causes of Fatigue
See Slideshow